We must also wonder why he would pose with a black girl if he harbors thoughts comparing black people to garbage bags. Would this be his way of saying, “See? I’m not racist!” 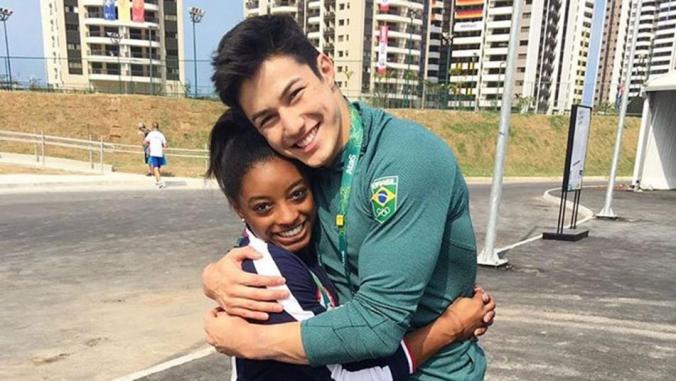 Note from BW of Brazil: You see, this is one of the reasons why African descendants around the world need to be able to communicate with each other beyond cultural and language differences. Earlier today we brought you a story concerning the Brazilian gymnast Arthur Nory Mariano. His name first appeared on this blog after a racist incident in May of 2015 in which he compared his black teammate to a trash bag. The article posted earlier today pondered why this guy made the Olympic team as a mediocre gymnast while his black teammate, Ângelo Assumpção, who has won numerous medals and had been named champion multiple times over the past six years, wasn’t on the team. The incident seems to be yet another example of how white-skinned privilege bestows advantages upon those who, often…